The art of silence: Now available als VoD and DVD!

The poetic documentary about the grand master of pantomime Marcel Marceau is now available as VoD and on DVD in the W-FILM online shop and in regular stores. The special: DVD and stream are barrier-free! In addition to the original version with German or English subtitles, audio description and subtitles for hearing-impaired and deaf people are available. 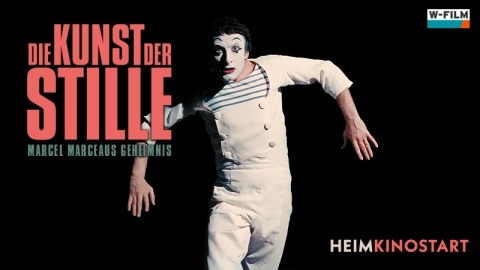 SORRY GENOSSE: In cinemas on february 9!

An (almost) unbelievable love story: on February 9 2023, Vera Brückner's colorful documentary "Sorry Comrade" will be released in cinemas. In the film, Karl-Heinz and Hedi revive their incredible romance during the Cold War – including a daring escape across the German-German border, secret accomplices and amazingly helpful Stasi officials! Always immersed in a casual retro look, the documentary takes you on a charming as well as suspenseful journey through time into the German past. The film celebrated its premiere at the Berlinale 2022.

We met the renowned director and photo artist Shirin Neshat in a Munich cinema and talked to her about her latest feature film "Land of Dreams", which was released on November 3. In the 15-minute interview, Shirin Neshat gives an exclusive insight into the collaboration with legendary screenwriter Jean-Claude Carriére and actors* such as Matt Dillon and Sheila Vand, as well as into the making of the film. Finally, she reveals why the protagonist bears a strong resemblance to herself and why "Land of Dreams" is her most personal work to date! 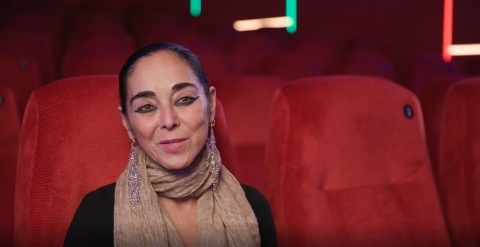 LAND of Dreams: In cinemas now!

Finally: Shirin Neshat's surreal USA road trip "Land of Dreams" opens in German cinemas on November 3rd! Already last week Shirin Neshat went on a sold-out premiere tour with her feature film and was a guest in Hamburg, Düsseldorf, Berlin and Munich. During the film discussions, the Iranian-American director was also asked about the political events in Iran and found clear words: She emphasized the importance of the demonstrations in Germany as a sign of solidarity and called on politicians to take consistent action against the Iranian regime. In addition, Shirin Neshat drew parallels to "Land of Dreams", in which an Iranian migrant has to find her way in an authoritarian surveillance state. A film that could not be more relevant!

LAND OF DREAMS: Sold out premieres in Germany

When internationally acclaimed photographer and director Shirin Neshat visits German cinemas, the crowds are huge! The Iranian-born artist, now long based in New York, is on a nationwide premiere tour with her feature film "Land of Dreams." On October 25, the film celebrated its German premiere at the sold-out Abaton Kino in Hamburg, where guests included Hamburg producer Amir Hamz (Bon Voyage) and dubbing artist and actress Neda Rahmanian. 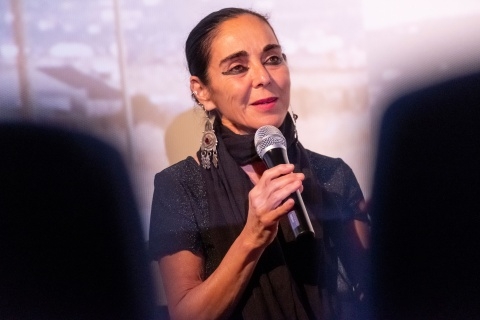